17-01-2018
Post By Bill Moss
Hi there, Delivery today. Thank you for being so efficient, and doing what you said you would do. I am delighted, and will certainly buy from you again, as well as recommending you to my friends. Cheers, Bill Moss

05-04-2017
Post By Bear Marsh
easy to use website accept paypal as payment fast delivery by dhl and placed 4 orders so far in the last year and had no reason to complain at all.Found great prices on muscats even after paying for delivery charge but always buy a case as delivery is up to 12 bottles . so if you buy 6 you will pay the same delivery price as 12. 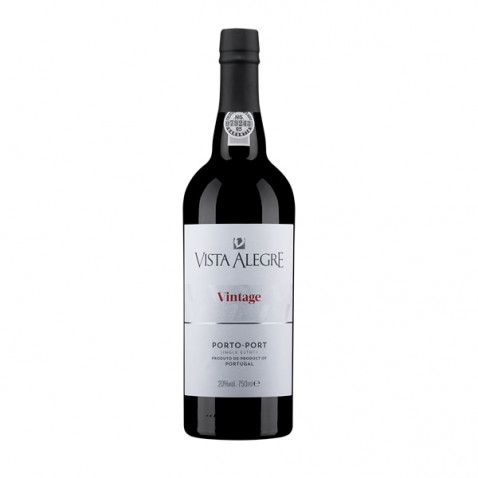 Winemaking:
The grapes are harvested manually for small boxes; from a single harvest its vinification is processed according to the traditional method of Port Wine. After partial destemming the grapes are crushed in stone mills with foot steps. The fermentation of the must takes place under controlled temperature being interrupted by the addition of brandy. This wine, as it is produced, has a great potential for aging.

Tasting Notes:
Purplish tones colour. Very fruity and complex, highlighting the fine aroma of ripe black fruits, jam and jelly. Round and velvety, full-bodied, warm, with very ripe fruit such as blackberry and blackcurrant; Polished and velvety tannins provide a good prolongation and finish in the end of mouth.

Store and Serve Advices:
One should keep the bottled on the horizontal position, at a constant temperature and away from intense direct light. As the wine ages in the bottle, with time it may form some natural sediment in the bottle, so it should be carefully opened and decanted, before being served. Unfiltered wine; once the bottle is opened it should be consumed in the same day, as any wine of kept. After the decantation process, the wine will open and will reach its peak, next it will gradually loose its freshness, changing the tasting notes.. Should be consumed at a temperature between 16º C to 18º C.

Food Pairing:
Goes very well with strong cheeses such as Stilton, Roquefort, Danish blue, Portuguese Serra, among others. It can also be served with fruit or chocolate desserts, or eventually a good cigar.