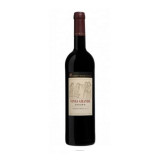 04-07-2017
Beitrag von Rodney Bassett
A great way to purchase a good selection of fine wines at very reasonable prices even after paying carriers fees which are also surprisingly cheap. You will definitely find a wine that suites, I started by ordering a dozen different reds and then reorderi

25-05-2018
Beitrag von Nuno Leitao
I've been a client for some years now. Always reliable, the best prices, friendly and prompt communication. A pleasure to work with, not to mention the wonderful wines from Portugal Winemaking:
Grape origins from Quinta de Roriz, picking between September 9th and October 5th. Quinta da Perdiz, picking started September 23rd, and ended October 5th. Manual triage is undertaken on a sorting table after which the grapes are de-stemmed before passing through a second berry-by-berry mechanical selection, prior to being gently crushed. The grapes are then relayed to the fermentation vats, and once in the vats they are inoculated with a specially selected yeast culture and fermentation taking place around 25ºC. Maceration is very gentle and adjusted in such a way as to produce a wine intended for earlier drinking, nevertheless, with a great ability to mature in bottle. Ageing 13 months in French oak barrels of 400 L.

Store and Serve Advices:
Ready for drinking now, although it has the ageing potential to develop further in bottle for a few more years.